By happy circumstance, the prominent landscape artist Henry Ward Ranger arrived in 1899 shortly after Miss Florence had decided to take in boarders to lighten the financial burden of caring for her family home.

Ranger, having recently returned from study in Europe, was eager to start a colony modeled on the French Barbizon. He saw in Old Lyme the ideal setting for establishing a new American “tonal” school of landscape painting. He found Miss Florence’s home the perfect place to settle. The Griswold House offered features found in the influential art colonies of France and Holland: a stimulating environment, artistic camaraderie, inexpensive lodging, and picturesque scenery. Conveniently located between the cultural hubs of Boston and New York in the lush countryside of Connecticut, Lyme soon attracted a flourishing colony of artists.

Under Ranger’s leadership, Old Lyme was, for a time, designated the “American Barbizon.” With the arrival of Childe Hassam in 1903, the colony’s focus shifted from Tonalism to Impressionism and became known as the most famous Impressionist colony in America, the “American Giverny.” In the years to come, other artists such as Willard Metcalf, Matilda Browne and William Chadwick would transform the stately Late Georgian house into the home of the Lyme Art Colony.

Inspired by the beauty of the New England countryside and charmed by Miss Florence’s gracious hospitality, the Colony flourished for over three decades. As Hassam put it, this was just the place for “high thinking and low living.” Here some of the most noted names in American Impressionism would create many important paintings. Annual exhibitions of their work gave birth to the “summer annual” in America. Wide press coverage contributed to the popularity of the work of the artists. 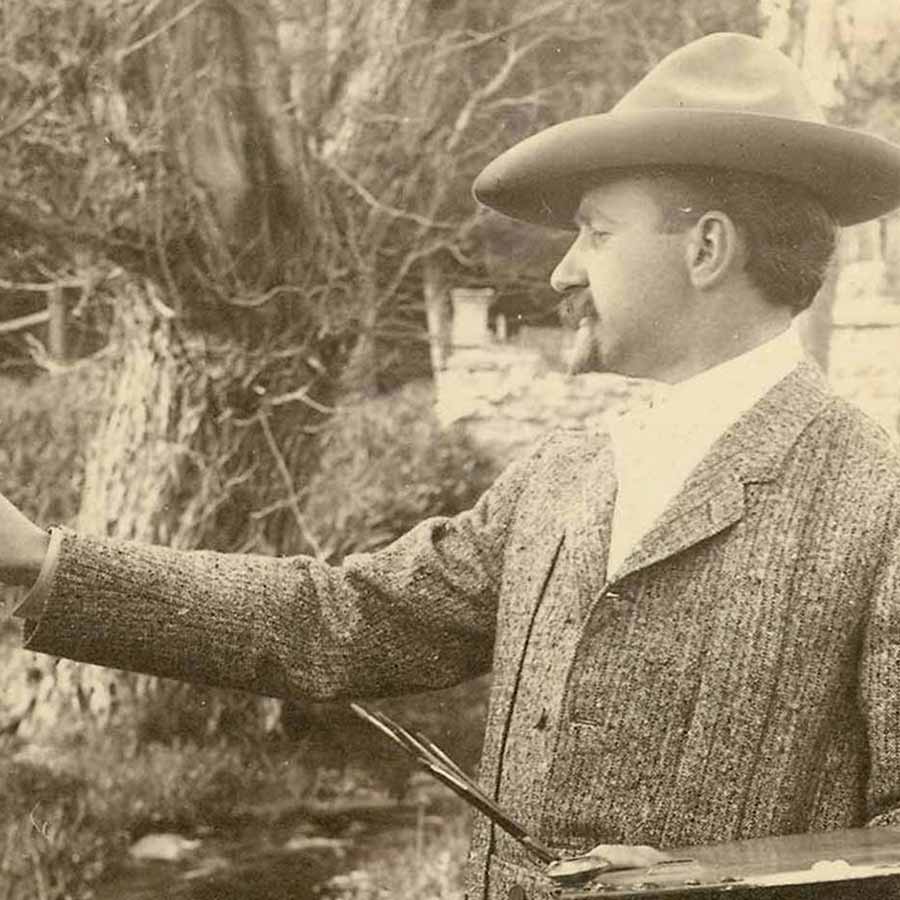 Members of the Colony, preferring to work from nature, spent the day in the presence of their subjects, often painting “en plein air” — in the open air. Canvases were sun-soaked or moonlit depending on the weather. Nature’s cycle dictated themes and subjects.

Weathered old farmhouses. White clapboard churches. “Old-fashioned” gardens. Granite ledges. Salt marshes. Wooden trestle bridges. Grazing cows. The intrinsic linkage of artist to locale defines the work of the Lyme Art Colony painters. Capturing the local and specific in a highly personal manner, the painters of this period created a sense of permanence and continuity in a rapidly changing America. They commemorated aspects of rural life reminiscent of New England’s origins and celebrated the essential spirit of place. 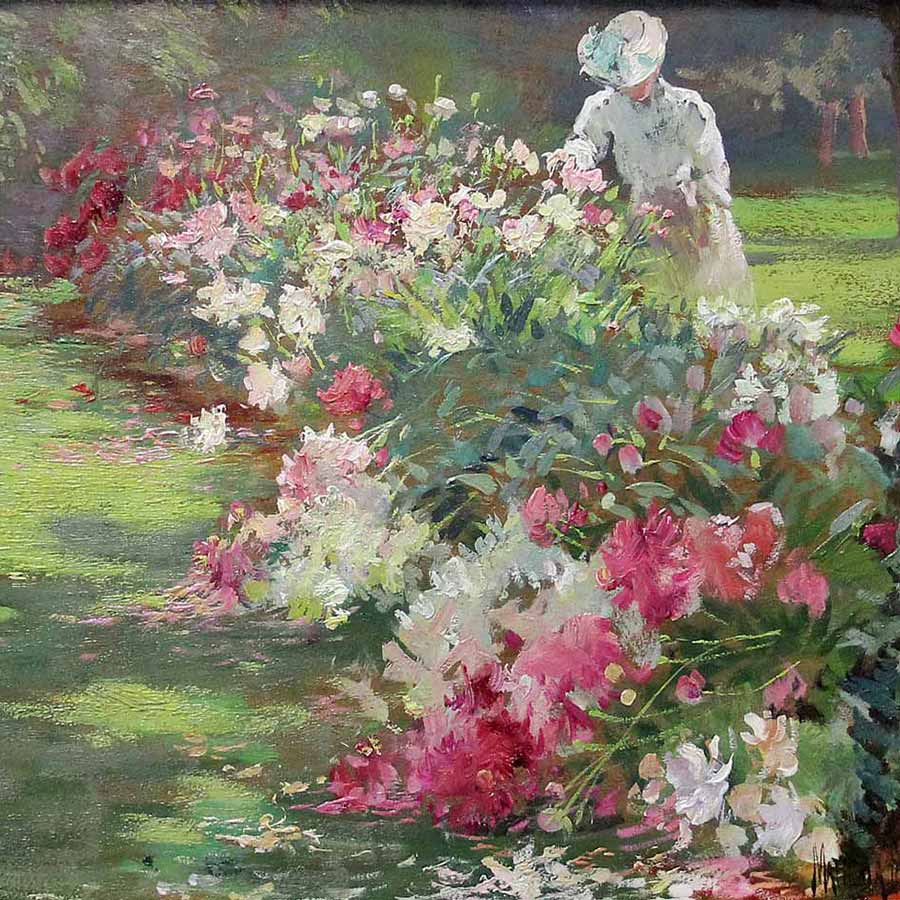 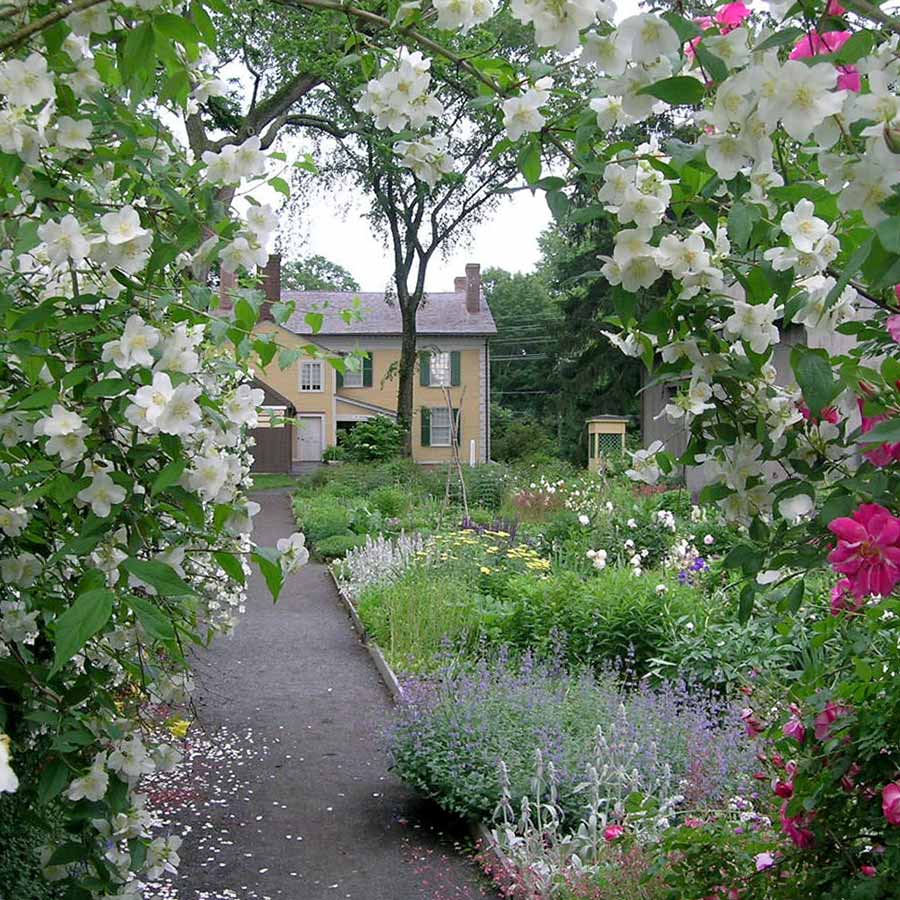 Visitors to the Museum are treated to a rare opportunity. Not only do they see where and how these early 20th century artists lived and worked, the Museum’s outstanding collection offers the chance to see their paintings in the context of the Connecticut landscape and village where many of the works were created – imagine viewing Edward Rook’s masterpiece and then walking to the site it was painted.

For ongoing research and information, please check out the History Blog, an updated blog that highlights individual documents, photographs, buildings, and works of art that have stories to tell about Lyme’s people, places, and events. Editor Carolyn Wakeman invites you to explore the History Blog and discover the richness of the town’s layered past.